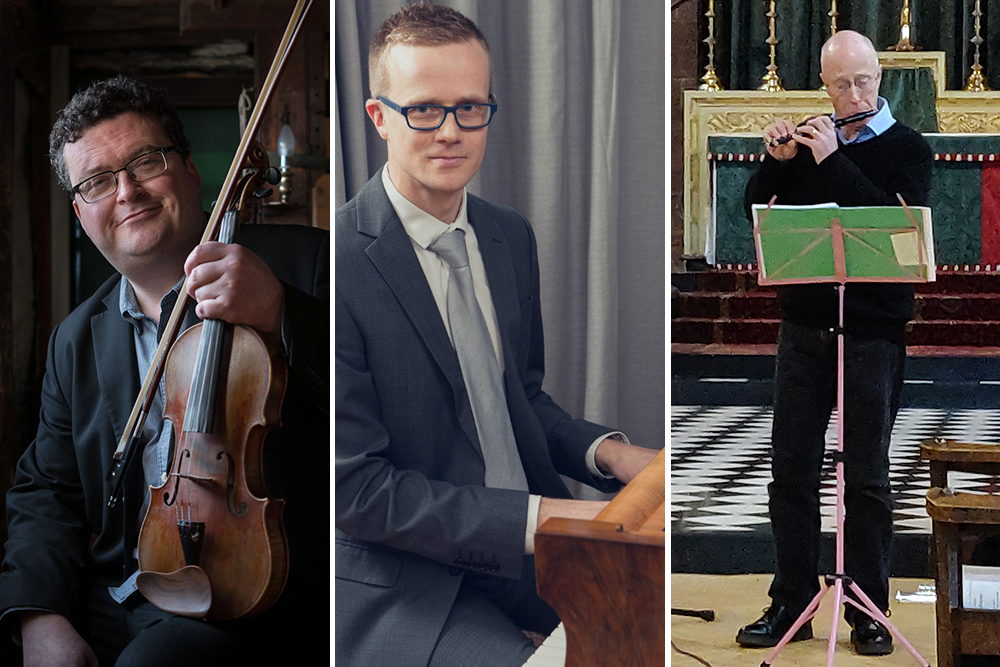 Alastair Savage is originally from Ayrshire and has performed traditional and classical music throughout his life. He was winner of the ‘Land O’ Burns’ Scots fiddle competition in his youth and has been a member of the BBC Scottish Symphony Orchestra since 1997 touring Japan, China, USA, South America and throughout Europe. As traditional fiddle soloist he has performed on BBC Radio 3, Radio Scotland, on national radio in the USA and has made five critically acclaimed albums featuring the great Scots fiddle composers of centuries past alongside his own unique compositions. His music has been used by BBC Alba for documentary purposes and last year he was shortlisted for a Scottish Award in New Music in recognition of his compositional work. He continues to work with the legendary Scottish band ‘The Whistlebinkies’ and also as a session musician where in the past he has recorded with many top artists crossing different musical genres including Belle and Sebastian, Karen Matheson, Justin Currie and Ricky Ross.

Joining him on piano and accordion is Gregor Blamey, a graduate of the RSAMD (now the RCS) and also the University of St. Andrews where he completed the Certificate of Jazz and Jazz Diploma courses. He has enjoyed a varied musical career as a pianist, performing as an accompanist with numerous professional companies, ensembles, and soloists. He has been involved in new initiatives such as the British Sinfonietta Orchestra’s ‘Computer Games Live’ series as well as giving solo recitals and regular performances of George Gershwin’s Rhapsody in Blue throughout Scotland. As well as being a freelance performer Gregor also teaches piano and is currently employed by Falkirk Council and Dollar Academy.

Completing the lineup is Ewan Robertson on whistle and flute. Ewan was born in 1959 in Airthrey Castle, now part of Stirling University but has lived for most of his life in the village of Uplawmoor in East Renfrewshire. He was 2nd Flute and Piccolo in the Orchestra of Scottish Opera from 1984 – 1994, returned in 2016 and retired in May 2021. During the interim he was a member of the Orchestra of the Royal Opera House, Covent Garden from 1994 – 1999 and the BBC Scottish Symphony Orchestra from 1999 – 2016. Although now retired from orchestral playing, Ewan continues to be in demand as one of Scotland’s most versatile instrumentalists, forming a central role in Alastair Savage’s most recent recording project, due for commercial release in 2022.

‘a must for aficionados, a primer for anyone with a notional interest in Scottish traditional music’ (Herald)

‘a master of the instrument’ ( Edinburgh Three Weeks)

The concert by Alastair Savage and friends will include music by the great Scots fiddle composers of centuries past including tributes to Niel Gow and Robert Burns as well as featuring Alastair’s own unique compositions.

There will also be a look to folk influenced music from overseas including melodies from Ireland, America and Brittany.