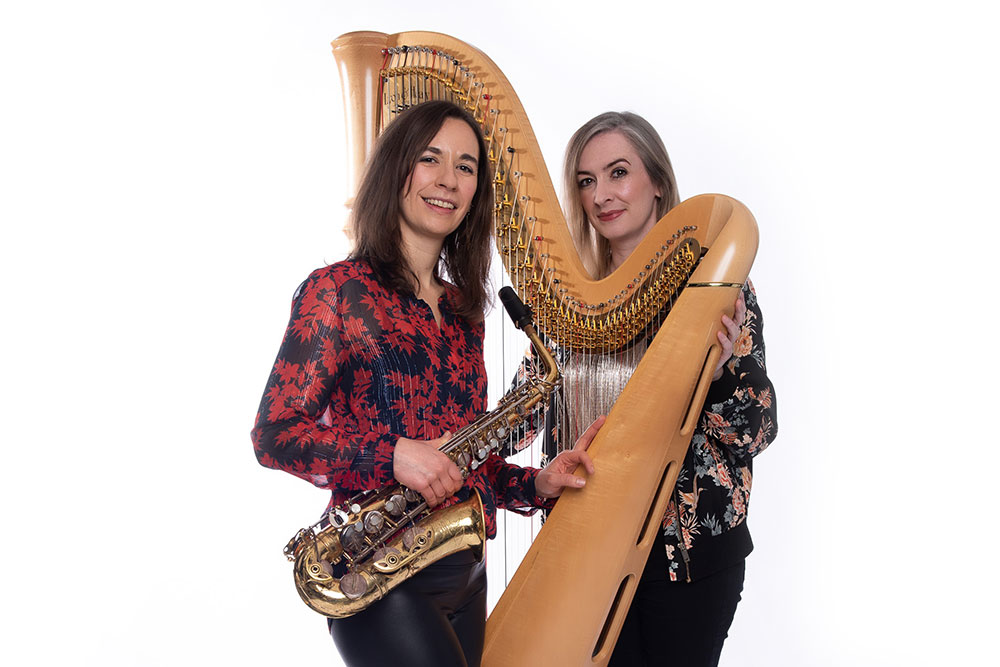 Baba Yaga are the unusual combination of saxophone and the harp. Karen and Gwen met whilst studying at the Royal Conservatoire of Scotland and have forged this musical partnership out of a passion for promoting their instruments. Taking advantage of the varied sound colours of harp and saxophone, they explore transcriptions, original compositions and most recently have toured their own arrangement of Mussorgsky’s Pictures at an Exhibition.

Gwen has performed with the Orchestra of the Scottish Opera, Royal Scottish National Orchestra and Scottish Chamber Orchestra. As a passionate player of traditional music, as well as classical, Gwen has performed at the Edinburgh International Harp Festival, Festival Interceltique de Lorient, Hay Festival, the National Eisteddfod of Wales and the BBC Radio 2 Folk Awards. 2019 saw the launch of her first solo album, Mentro, which was long-listed for the Scots Trad Album of the Year award and in 2021 Gwen released an album of Christmas music from the Basque Country: Douze Noëls. Her playing can also be heard on the albums of Gwilym Bowen Rhys (O Groth y Ddaear, 2016. Arenig, 2019) and 10 Mewn Bws (2013). Gwen is a tutor for the Welsh Youth Folk Ensemble, Avanc, and has published three books of music for clàrsach through Alaw Publishing. Some of her arrangements are included in the graded exam syllabuses for Trinity College and the Royal Conservatoire of Scotland and for Royal National Mòd competitions.