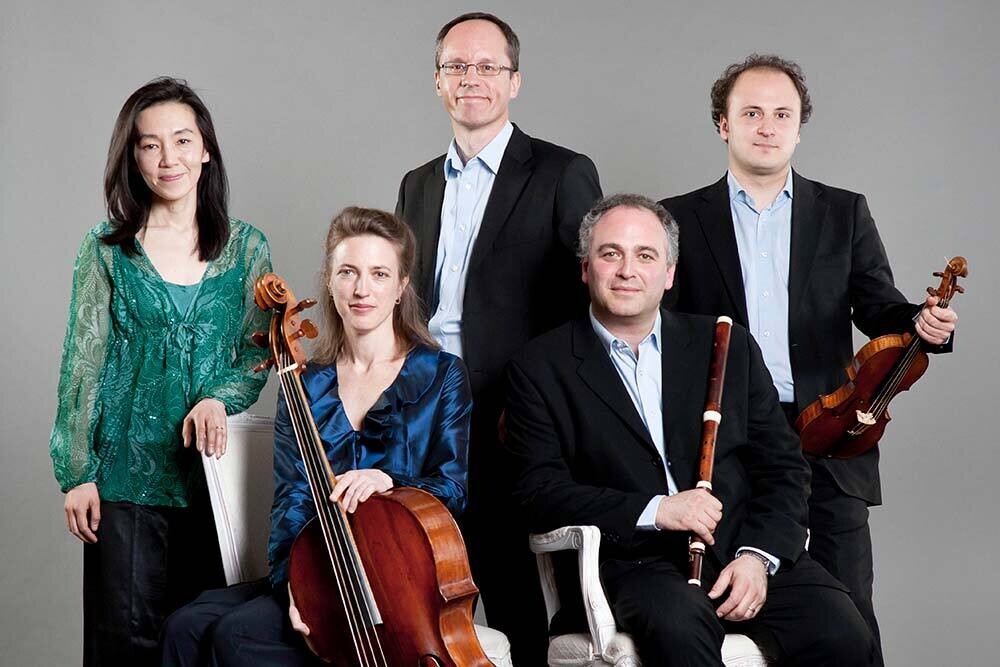 Regular performances in some of the world’s most prestigious venues have confirmed Florilegium’s status as one of Britain’s most outstanding period instrument ensembles. Since their formation in 1991 they have established a reputation for stylish and exciting interpretations, from intimate chamber works to large-scale orchestral and choral repertoire, working as an instrumental ensemble and also in collaboration with some outstanding solo singers and choirs.

Concert venues have included Sydney Opera House, Esplanade (Singapore), Teatro Colon (Buenos Aires), Concertgebouw (Amsterdam), Konzerthaus (Vienna), Beethoven-Haus (Bonn), Handel-Haus (Halle) and Frick Collection (New York). Among the numerous residencies Florilegium have held was Ensemble-in-Residence at London’s Wigmore Hall from 1998 to 2000, performing several series of concerts each year and becoming actively involved in the Hall’s education work. Since September 2008 they have been Ensemble in Association at the Royal College of Music, working regularly each term with students on both period and modern instruments in the area of baroque chamber music.

Florilegium’s recordings for Channel Classics have been awarded many prizes including two Gramophone Award nominations, three BBC Music Magazine awards, numerous Editor’s Choice from Gramophone, and half a dozen Diapasons d’Or and Chocs de la Musique in France, and their Bach Cantatas disc with Johannette Zomer was awarded an Edison Award, Dutch music’s most prestigious prize. In 2014 their 25th recording of the complete Bach Brandenburg Concertos was awarded a Dutch Luister 10 Award, Classical CD Choice CD of the Month and was Classic FM Featured Album. They have followed this award-winning release with a recording of Telemann: Concertos & Cantata ‘Ihr Völker hört’ with the mezzo soprano Clare Wilkinson. This CD received Gramophone’s “Editor’s Choice” and was shortlisted in the Gramophone annual awards in the category best baroque chamber music CD. It was voted “Recording of the Month” for BBC Music Magazine. More recent CDs include Handel’s German Arias and Trio Sonatas with the Canadian soprano Gillian Keith, and two further double CDs of Telemann’s Essercizii Musici and music from the Court of Frederick the Great, King of Prussia. This most recent CD was inspired by James Gaines’s novel “An Evening in the Palace of Reason” and includes music by CPEBach Quantz, Graun, Benda, Fasch and Muthel.