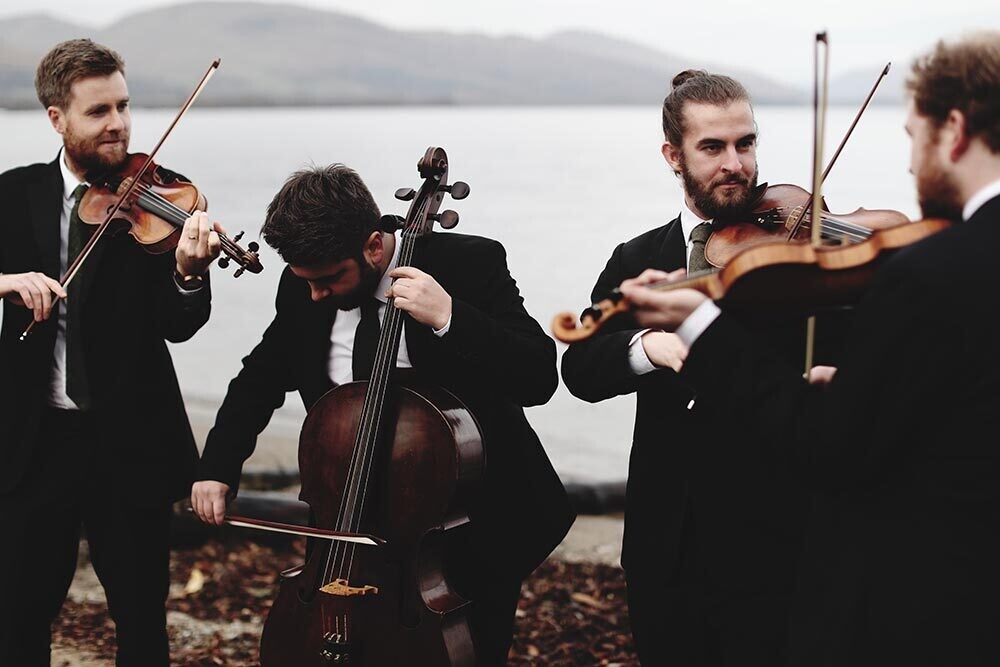 ABOUT: The Maxwell Quartet

First Prizewinner and Audience Prizewinner at the 9th Trondheim International Chamber Music Competition in 2017, and hailed as “brilliantly fresh, unexpected and exhilarating” by The Scottish Herald, and “superb storytelling by four great communicators” by The Strad Magazine, the Maxwell Quartet is now firmly regarded as one of Britain’s finest young string quartets, with a strong connection to their folk music heritage and a commitment to bringing together wide-ranging projects and programmes to expand the string quartet repertoire.
The quartet performs regularly across the UK and abroad, at venues including London’s Wigmore Hall, Purcell Room, and St Martin-in-the-Fields, with performances through the Park Lane Young Artist Programme, the Tunnell Trust Awards Scheme, and the Kirckman Concert Society programme.

The Quartet is formed of four close friends, who grew up playing folk and classical music together in youth orchestras and music schools across Scotland. The group officially began in 2010 at the Royal Conservatoire of Scotland, where its founding members met as postgraduate students. In 2011, the Maxwell Quartet was named as Residency Artists for Enterprise Music Scotland 2011-2013, which saw several acclaimed concert tours over their two-year tenure. Performing widely across Scotland, the quartet established a reputation for delighting audiences with their “unaffected enthusiasm” (North Highland Times) and their “panache and conviction” (Strathearn Herald). The quartet has since held residencies at Oxford University, Perth Concert Hall and many chamber music festivals across the UK, including their own festival Loch Shiel in the west highlands of Scotland, and a new self-curated concert series at Guardswell Farm in Perthshire. The quartet currently holds the position of Associate Artist at the Royal Conservatoire of Scotland in Glasgow, and at Music at Paxton Festival in the Scottish Borders.