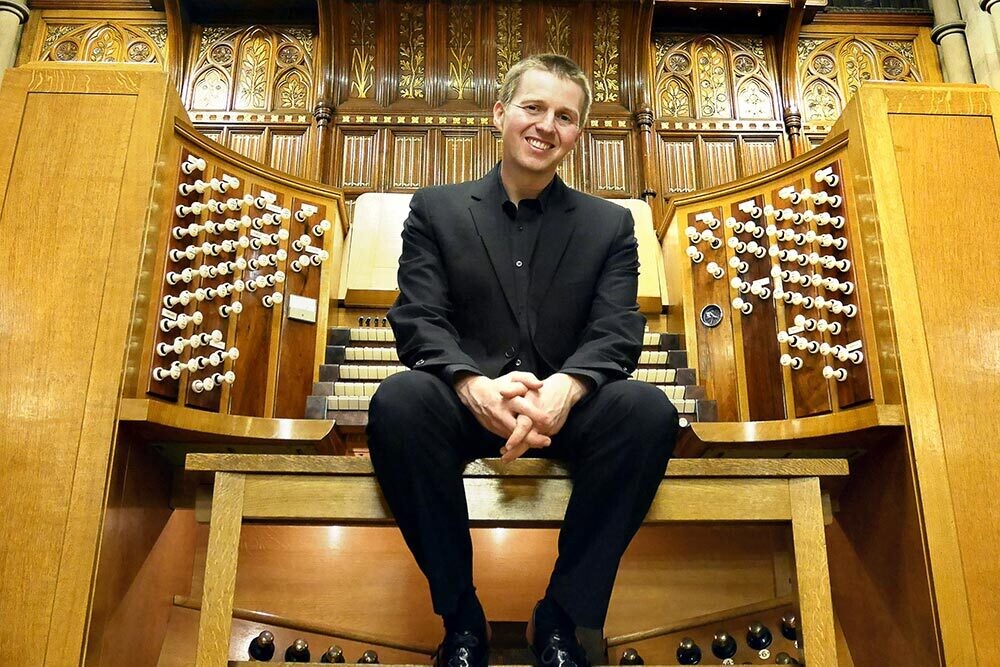 Jonathan Scott enjoys a hugely varied international performing career on a diverse spectrum of keyboard instruments with a repertoire spanning over 500 years of music, including a catalogue of over 400 of his own transcriptions and arrangements.

Jonathan Scott enjoys a hugely varied international performing career on a diverse spectrum of keyboard instruments with a repertoire spanning over 500 years of music, including a catalogue of over 400 of his own transcriptions and arrangements. As Associate Artist of The Bridgewater Hall, Manchester, Jonathan gives a series of lunchtime organ recitals which attract audiences approaching 1,000. In addition to his career as pianist and organist, Jonathan is a specialist in the music for the French art harmonium.

Other recent concert highlights include a series of Concerto performances with the National Chinese Orchestra of Taiwan and the Hong Kong Chinese Orchestra, and a solo evening organ recital from the Royal Albert Hall, London for the 2020 BBC Proms. Jonathan gave the world premiere of the new organ concerto ‘6000 Pipes!’ by Sir Karl Jenkins for Hull UK City of Culture and he toured this work throughout 2019, including a special gala performance at the Royal Albert Hall, London, with the Royal Philharmonic Orchestra conducted by the composer.

Jonathan also has a busy international concert schedule with his pianist brother, Tom Scott, performing as Scott Brothers Duo. Their online performance videos have totalled over 50 million views and their regular online concerts during the recent coronavirus pandemic reached a worldwide audience of over 6 million people.

Scott Brothers Duo are the winners of the ECHO (European Cities of Historical Organs) competition to create a performance which introduces the pipe organ to a young audience. Their project combines animation and organ music and will be performed at major festivals across Europe this year.

Born in Manchester, Jonathan studied piano and organ at Chetham’s School of Music and continued his studies in UK, USA and Netherlands. He won the Worshipful Company of Musicians WT Best Scholarship and gold medal, and is a Freeman of The City of London.